There are a few studies that I believe everyone who is interested in psychology should know about. These are pieces of work that, although sometimes questionable in their ethics, have made the discipline of psychology what it is today. They are constantly cited and spoken about, and have guided the creation of various theories in virtually all areas of the discipline. One such study is commonly known as the Minnesota Starvation Experiment. It was conducted in 1944 by Ancel Keys and his colleagues who, frightened by the notion that World War II (which was in full force at this time) was leaving millions of innocent civilians without food, wanted to gather empirical knowledge on the physical and psychological effects of starvation. Their goal was to eventually help with the development of rehabilitation strategies to be implemented after the war (Baker & Keramidas, 2013).

So, how did they do this? The subjects were thirty six young men chosen from a group of 400 conscientious war objectors (meaning men that had refused to serve in the war) who willingly volunteered to be a part of this study. Each participant underwent strenuous testing to ensure that they were perfectly healthy physically and mentally before being selected to be a part of the study (Baker & Keramidas, 2013). They lived at the Laboratory of Physiological Hygiene at the University of Minnesota for almost a year, and were encouraged to maintain their regular lives as much as possible during the experiment. The study was divided into three phases: a control period of three months where the men were fed a normal amount of food (circa 3200 calories daily) and their baseline behaviour was observed, a six month semistarvation phase where they ate circa 1500 calories a day and had a goal of decreasing their weight by 25%, and finally a three month rehabilitation phase (Kalm & Semba, 2005). During the first three weeks of this last phase, participant’s calorie intake was increased in a controlled way, after which they were free to choose how much and what to eat. Their diet during the experiment consisted of food that was commonly found in Europe during the war, namely bread and potatoes (Baker & Keramidas, 2013). Participants were also required to walk 22 miles (35.4km) per week during the semistarvation phase, and their caloric intake was altered based on their weight loss rate to ensure that they all reached the goal of 25% decrease at the end of the six months (Kalm & Semba, 2005).

The results gathered were shocking. During semistarvation, the men showed not only physical signs of food deprivation, namely decreased energy, heart rate, body temperature, and strength (Baker & Keramidas, 2013), but their personalities also changed drastically. These men, who were previously outgoing and driven, quickly became sluggish and unmotivated, constantly irritated by each other’s mere existence (Miller, 2016). Most notably, the participants developed a fascination with food and suddenly were not interested in any other topic. They began collecting recipes and cookbooks and started strange rituals while eating such as cutting up their food into very small pieces and taking hours to eat their meals (Miller, 2016). Participant Harold Blickenstaff stated that “food became the one central and only thing really in one’s life. […] I mean, if you went to a movie, you weren’t particularly interested in the love scenes, but you noticed every time they ate and what they ate” (Kalm & Semba, 2005; 1349). Some subjects also became captivated by the mere sight of others eating, as stated by Marshall Sutton, one of the thirty-six participants, who took his girlfriend to a fancy restaurant “just to enjoy seeing her eat” (Ball, 2014). Some participants went as far as to steal food-related items (i.e. coffee cups) to satisfy their intense cravings (Miller, 2016).

Together with their calorie intake, the mental health of the participants also rapidly declined. The experimenters reported significant increases in the hysteria, hypochondriasis, and depression scales of the Minnesota Multiphasic Personality Inventory (MMPI) during the semistarvation phase (Gil, n.d.). One of the participants developed such extreme symptoms that he chopped off three of his own fingers while cutting wood. In an interview after the experiment he stated that he was unaware whether he did this on purpose or not (Miller, 2016). Four participants were not included in the final report for breaking their diet, two of which ended up being hospitalized due to psychotic symptoms that mostly resolved once they resumed eating normally (Eckert et al., 2018). During the refeeding phase, dizziness and sluggishness were quick to subside, but the more complex psychological symptoms persisted (Kalm & Semba, 2005). Many participants reported severe binge eating, with one of them having to be taken to the hospital to get his stomach pumped (Miller, 2016). They also showed decreased ability to understand hunger signals for many months (Gil, n.d.), and some stated that it took up to two years before they felt normal again. Interestingly, “the scores indicating recovery from depression correlated with calories received” during the rehabilitation phase (Eckert et al., 2018, 8).

The study finished a few months after the war had ended, but the team of experimenters was still able to provide guidance for the rehabilitation of those who starved during the war like they originally intended. Their main advice was that caloric intake would have to be very high (approximately 4000 calories a day) for the first months of refeeding, and that this is more important than the nutritional value of the foods given (Kalm & Semba, 2005). Yet, this is not the only legacy left by this study; its results are still used today in the context of eating disorders. The MMPI profile during semistarvation of the 32 men who completed the study has been described as extremely similar to that of patients with anorexia nervosa. Further, the profile of the men who broke their diet and were removed from the study greatly resembles those of bulimia nervosa patients. Similarly, all but one symptom (namely lethargy) exhibited by the individuals in the semistarvation phase of the experiment have been described in anorexia nervosa patients (Eckert et al., 2018). For this reason inferences based on the results of the study were able to be made about the nature of eating disorders.

Firstly, the experiment showed that characteristics that were originally believed to result in a predisposition for such disorders (namely depression and impulsivity) are in fact a by-product of starvation (Gil, n.d.). Next, the infatuation with food seen in the participants of the Minnesota Starvation Experiment is also commonly found in those who willingly deprive themselves of food (Witcomb, 2017). It has therefore been suggested that in anorexia patients this obsession “is reinforcing in the sense that the individual struggling thinks less about other things that may be stressful – but seemingly less in the individuals’ ‘control'” (Gil, n.d.). For these reasons, clinicians have found it extremely beneficial to tell their patients about the results of this study as it helps them understand the extent of what they are doing to their bodies and mental states by depriving themselves of food. It also helps decrease helplessness and increase hope for recovery (Dally-Steele, 2018).

As with many other highly influential psychological studies, the nature of the methods employed in the Minnesota Starvation Experiment can be seen as highly unethical. Yet, many claim that it is “ethically justified” (in the words of Eckert et al, 2018), as it provided crucial knowledge that is still used today. Further, participants were fully aware of what they were subjecting themselves to prior to the start of the experiment; the researchers even stated that they could not promise that there would be no long term effects of semi-starvation for six months. Interestingly, all but one of the men who were interviewed 57 years later stated that they would do it all over again (Eckert et al., 2018). I believe this claim sums up the importance of the experiment, as even those who suffered most during its conceptions agree that the results were crucial to the development of psychology (amongst other disciplines), and needed to be gathered in this way.

Witcomb, G. (2017, May 15). Why people with eating disorders are often obsessed with food. The Conversation. https://theconversation.com/why-people-with-eating-disorders-are-often-obsessed-with-food-77509 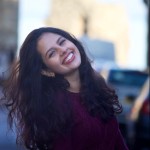 I’m Ana, I’m a second year psychology student. I’m originally from Brazil but I’ve also lived in the USA and Austria. A fun fact about me is that I speak 5 languages!